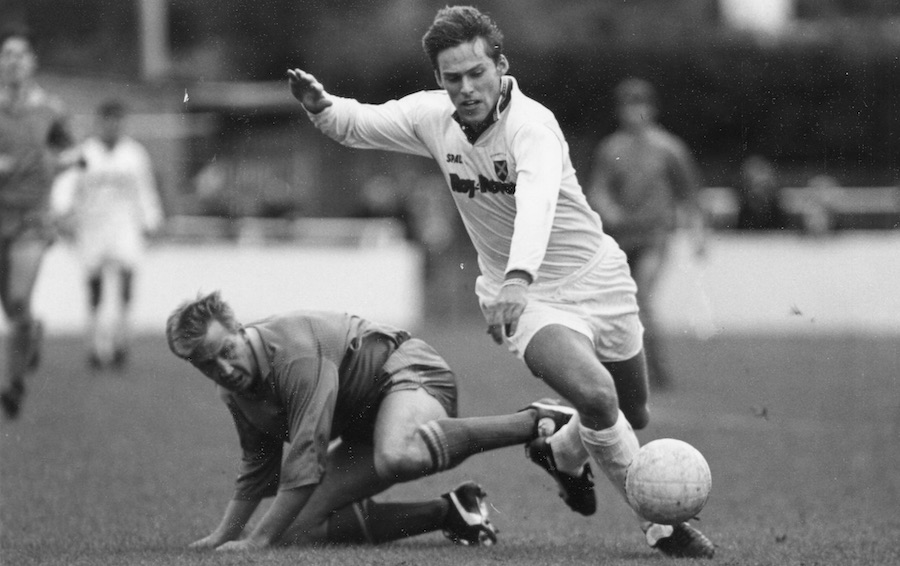 Dean Williams first came to the attention of St Albans City supporters with a wonderfully headed goal that secured a 1-0 pre-season win at Chalfont St Peter on Tuesday 15th August 1989. Aged 18 at the time Dean had already had a crack at the professional game having spent the previous two years with Cambridge United.

A former Watford Youth player Dean joined Cambridge United as an apprentice and progressed through the ranks to make two appearances for the U’s First team. His debut was as a substitute when he came on during a League Cup 2nd Round 1st Leg tie at the Abbey Stadium against FA Cup holders Coventry City on 22nd September 1987. Coventry won 1-0 in front of a crowd of 5,166 and Dean had to wait until 23rd April 1988 for his next chance in the First team. Again, he was called from the bench, this time for a Division Four match against Hereford United at Edgar Street that the home side won 1-0 in front of 1,666 spectators. 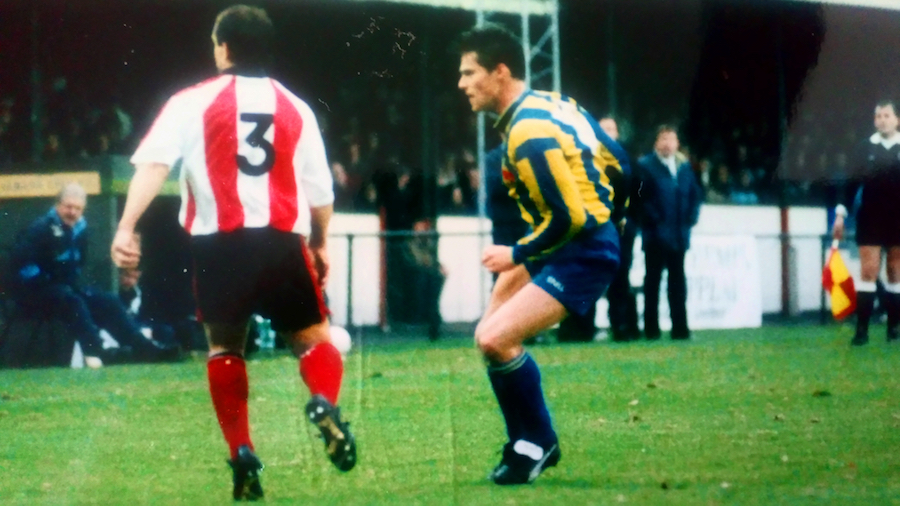 Dean left the Abbey Stadium in the summer of 1989 to begin his first stint at Clarence Park under the managership of Peter Lawrence. He made his Isthmian League Premier Division debut four days after the friendly at Chalfont in a City side that also included the Southend United and then Tottenham Hotspur-bound Dean Austin. City lost the game, 2-1 at home to Carshalton Athletic, but Dean opened his account three days later during a 3-3 draw away to Slough Town.

City made a poor start to the season and following a 3-2 defeat at Harrow Borough on 14th October – a match in which Dean replaced Sean Bryant 17 minutes from time – Lawrence’s team were just one place off the foot of the table. Dean left the club following the Harrow game to join his hometown club Hemel Hempstead Town. 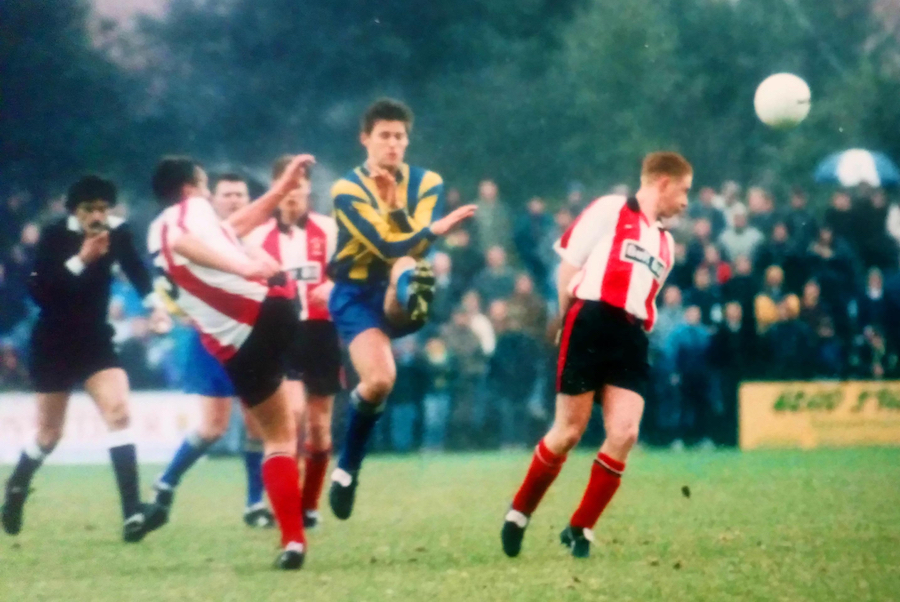 Dean returned to Clarence Park in the summer of 1992 when John Mitchell persuaded him and fellow Wokingham Town players Gary Westwood and Martin Gurney to move from Finchampstead Road. Gurney, like Williams, was back at the Park for a second spell and joined a City side that looked to be the Saints strongest since the Sid Prosser days of 1967-72.

City started the season in style with Dean scoring twice and Steve Clark netting a hat-trick as Dulwich Hamlet were hammered 5-0 at Bromley’s Hayes Lane ground on the opening day of the league season. The 1992-93 season was a highly successful campaign for the club. City finished the season as Isthmian League runners-ups to champions Chesham United, reached the 1st Round of the FA Cup (a run that included two gripping encounters with Stevenage) and lifted both the Herts Charity Cup and East Anglian Cup. The Billy Minter Invitation Cup also made its way to Clarence Park but Dean did not feature in the two games against Aldershot Town or in the Charity Cup final win over Boreham Wood. 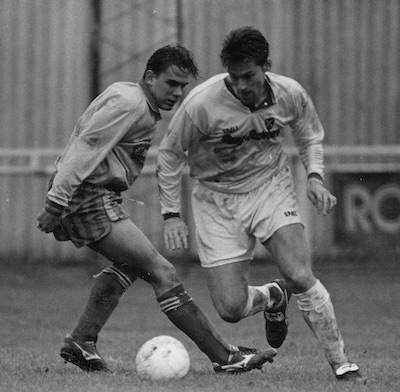 Dean formed a formidable partnership in the City attack with Clark, the duo amassed 75 goals between them. Only goalkeeper Westwood (71) made more appearances than Dean who scored 18 times in 36 league games and a dozen in 26 cup games. Seven of the cup goals came in two games, a hat-trick in the FA Cup against Rayners Lane and four against Tring Town in the Herts Senior Cup. 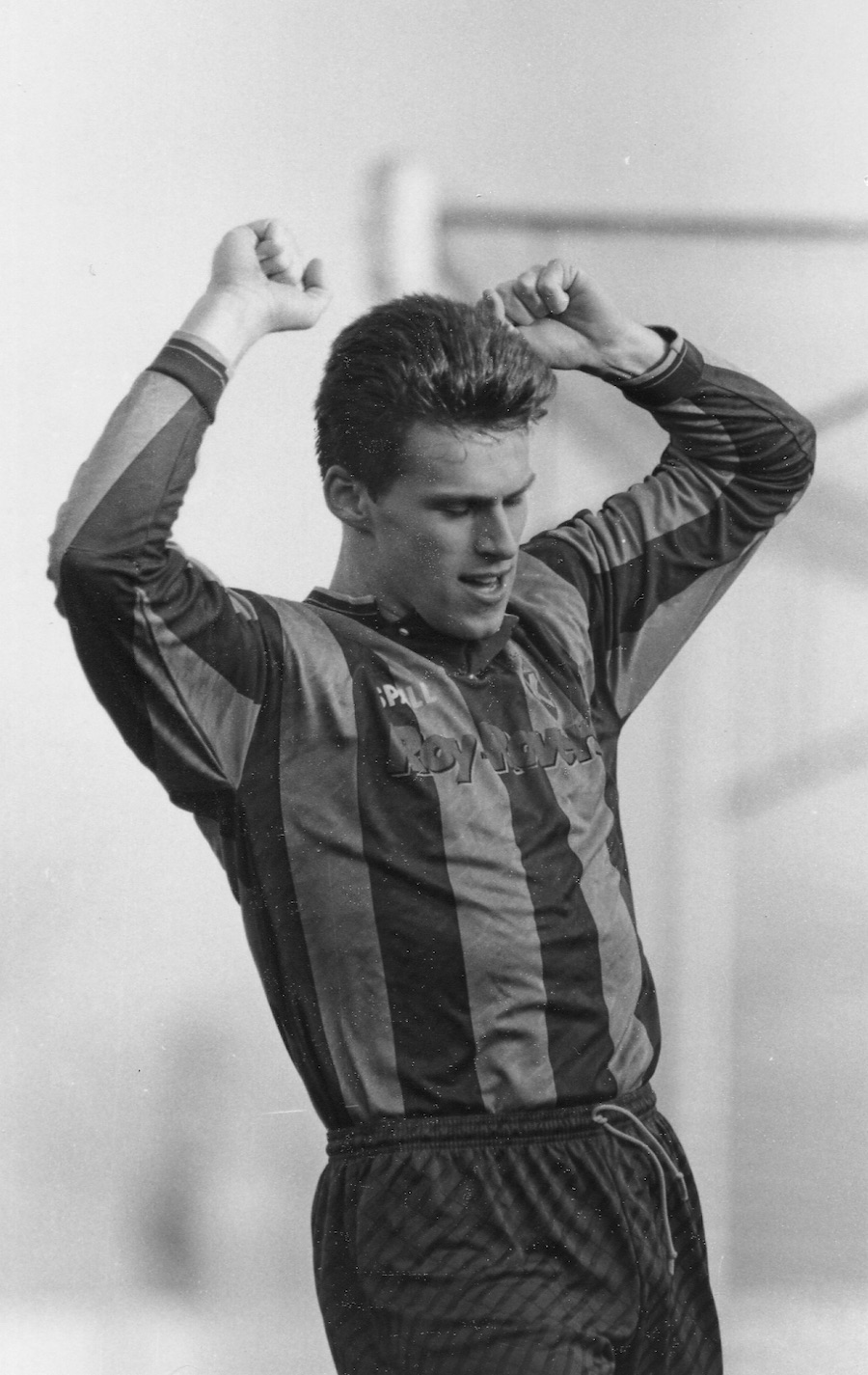 Dean’s form and his partnership with Steve Clark did not go unnoticed outside of Clarence Park and while Clark committed his future to the Saints Williams went for trials with Crystal Palace. A move to Selhurst Park was not forthcoming but Brentford manager David Webb did step in to take Dean to Griffin Park in exchange for £14,000. Webb had been impressed when watching Dean play, and score, in a friendly against Brentford on 22nd July 1993. The deal was secured during the week following the game at Clarence Park and at the age of 22 Dean was heading back into the Football League. During his two spells at Clarence Park, Dean scored 30 times in 62 games.

Dean spent one season at Griffin Park and scored once in three Division Two appearances. At the end of the 1993-94 season he left Brentford and had spells at Stevenage (in the Conference), Doncaster  Rovers (one game, Football League Division Three) and in the Isthmian League with Hitchin Town, Aylesbury United, Hayes and Chesham United. He also played for Berkhamsted Town and had a stint as manager at Broadwater.

We have 63 guests and no members online