Danny Adams joined the City in December 1992 after two-and-a-half years on the Youth Training Scheme with Watford. He also had six months with Cambridge United prior to signing for St Albans City under John Mitchell. 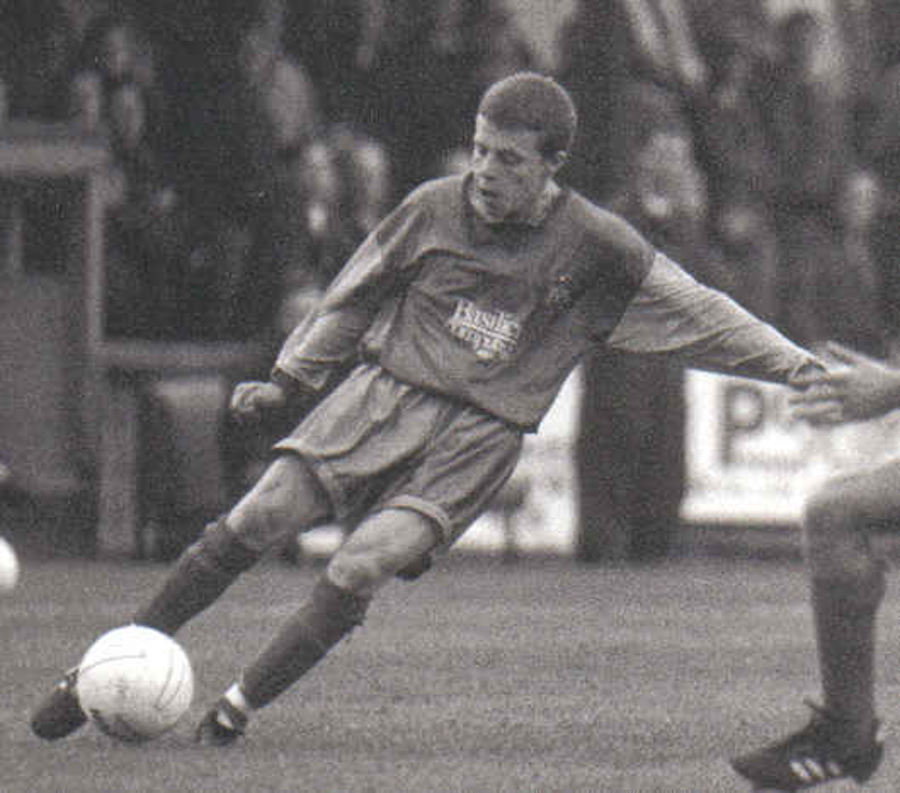 He brought with him a reputation as a tenacious midfielder who could also play at right-back.

His debut came during a 4-2 win over Royston Town at Clarence Park in the Eastern Floodlit Cup. Quite remarkably, all of the first ten St Albans matches in which Danny played ended in victory for the Saints; it is a record that is believed to be unmatched by any other player in the history of the club.

Those ten games spanned five different competitions and in his first game in the FA Trophy, at home to Weston-super-Mare on 9th January 1993, he came off the bench to score a dramatic late winner, his only goal for the club.

City finished the 1992-93 season as Isthmian League runners up and Danny played in seven league games that season and also in the semi-final of the Herts Senior Cup, Herts Charity Cup and East Anglian Cup.

In the summer of 1993 he left Clarence Park to join Isthmian League rivals Enfield but returned to the Park in November of that year. Six of the eight games he played in on his return to the club were as a substitute and for a chance to gain regular First team football he left the following January to join Mickey’s Wright’s London Colney side in the South Midlands League.

In February 1994 he joined Walton & Hersham and the following season was a member of the Swans side that entertained Swansea City at Stompond Lane in the 1st Round of the FA Cup, the Welsh side won 2-0 in front of a crowd of 2,200. Two years later and he faced another Welsh side in the FA Cup 1st Round when, now with Hendon, Cardiff City defeated Neil Price’s Dons side 2-0 at Ninian Park.

During his career he also had a spell with Yeovil Town and played seven games for Hertford Town (two goals) when former England player Graham Roberts was the manager. He ended his playing days at Hemel Hempstead Town where he was a member of the Tudors side that won the Isthmian League Division Two title in 2000-01.

Danny made 30 appearances in the City First team (one goal, two bookings, one dismissal) and also played six times for the Reserves. His first five Reserve team games ended in defeat but he scored twice in his final appearance as City defeated Enfield 3-0 at Clarence Park in the Capital League. He scored one other goal for the Reserves, that was during a 10-1 Capital League defeat at Roots Hall against Southend United.

His brother Ben made two appearances in City’s Capital League side. Their father John was also deeply steeped in non-league football. In addition to running youth teams he was in charge of the City Reserves for a while and, after Danny left St Albans, he took on the position of Director of Football at Hemel Hempstead Town.

Born in Edgware, Danny moved to St Albans when he was ten and he attended Killigrew Primary School and Marlborough Secondary School.

We have 103 guests and no members online