Following the recent sad news of the death of former City captain Dave Neville on 26thAugust 2017, we were contacted by another player from that wonderful era of the late 1960s and early ‘70s, Bill Ratty. Bill is the man who scored one of the most famous FA Cup goals in our history.

Bill started with a few words about Dave Neville. “Sorry to hear about my old friend and captain Dave Neville passing away. Dave and I spent many nights together having a beer after the game, he was a good mate and a good captain and someone I had known for over 50 years.”

Bill first joined St Albans City for the start of the 1968-69 season after leaving the Southern League professionals of Barnet. He had previously played for the then City manager Sid Prosser at Finchley and was a member of the side that reached the semi-final of the Amateur Cup in 1965. After leaving Finchley he had a spell with Barking before joining Barnet where his second, and final, season at Underhill was marred by torn knee ligaments.

His pedigree was unquestionable as he had played for London Boys, Middlesex, Essex, the London FA and an FA Amateur XI. He also had a spell playing for Millwall Reserves and added Hertfordshire to his list of County appearances when coming on as a substitute during a 2-1 Southern Counties Amateur Championship win over Essex at Clapton in February 1970. Eight of the 12 players used by Hertfordshire that day played for St Albans City while two of the remaining four did so later.

Used in midfield and attack, Bill played 240 times and scored 56 goals for the City during three spells at Clarence Park, but it was during his first stint here that most success was enjoyed. He made his debut during a 3-2 Isthmian League defeat to Wealdstone at Lower Mead on 10thAugust 1968 but it was the FA Cup run from that season that sticks in mind, for good reason.

City’s route to the Twin Towers kicked off at Loakes Park were 2,651 spectators saw a goalless draw with Wycombe Wanderers. Just 13 fewer people attended the replay as City clinched a place in the 2ndRound Qualifying through a late goal by Bill Broomfield. Next up were Erith & Belvedere who provided stout opposition before goals by John Butterfield, Broomfield and Neville saw City through 3-2 in front of a crowd of 1,254. Another good crowd of 2,202 looked on as City outplayed Hitchin Town and progressed through to the final qualifying round on the back of goals by Butterfield and Bobby Childs at Top Field.

The run was tested as Southern League side Corby Town put City under heavy pressure early on at Occupation Road but another Butterfield goal – one of 32 he scored in 68 appearances that season – put City into the competition proper for the first time since1924 (although then it was still called the 5thRound Qualifying).

Dreams of pulling a Football League side out of the hat were dashed when it was revealed that City would face the winners of a replay between Wealdstone and reigning Athenian League champions Slough Town. Wealdstone won to set up an all-Isthmian tie at Lower Mead.

A disputed penalty apiece, Hugh Lindsay for the Stones and Childs for St Albans, brought the two sides back to St Albans where an attendance of 5,108, the largest for an FA Cup tie at Clarence Park since 1924, saw a Neville thunderbolt propel Prosser’s side into the 2ndRound. And this is where Bill Ratty takes up the story.

“I can remember the F.A. Cup games and the F.A. Amateur Cup games from the 1968-70 seasons vividly and can recall the big crowds we played under during those seasons. Dave's goal against Wealdstone in the First Round replay was a great shot from 30 yards or so and he struck it in so well the keeper had no chance. The crowd that night was over 5,000, the biggest crowd I ever played under at Clarence Park, the atmosphere was electric.” 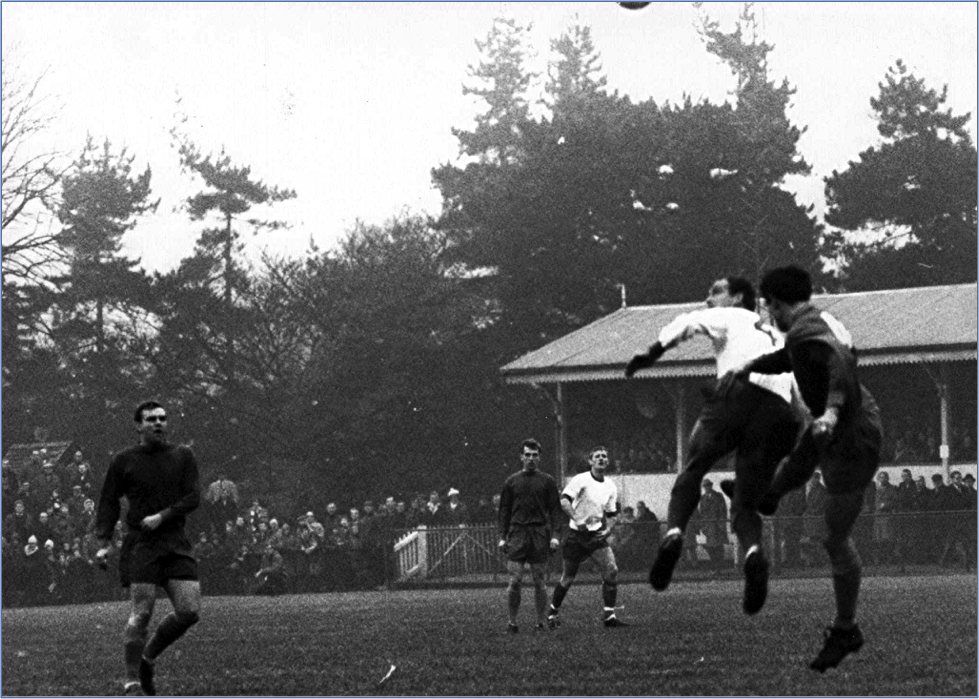 Above: Dave Neville left, and John Butterfield look on as Phil Wood challenges for the ball against Walsall at Clarence Park.

St Albans were the last surviving amateur club left in the competition by the time of the 2nd Round but home games for both Watford and Luton Town on the same day restricted the gate against Third Division Walsall to 4,867. We took an early lead through Bill and it was only with an equaliser five minutes from time by Derek Trevis that Walsall avoided being on the end of a giant-killing.

“I scored our goal against Walsall in Round 2 and I remember us watching it on TV in the clubhouse, as ITV had covered the match. The replay at Walsall was a sell-out crowd of over 10,000, we lost 3-1 (Butterfield scoring again) and Bill Nicholson, the Spurs manager, came into our dressing room after the game to say how well we played as we had drawn Spurs in the 3rd Round.”

Our goal in the first game came following a Bobby Childs corner that saw Dave Lawrence, Bill Broomfield and then Childs all have shots blocked before Bill Ratty fired home from the edge of the penalty area.

Speaking to local reporter John Cole of the Evening Echo after the game he said, “I know we were taking a bit of a hammering at the end but I really thought we were going to hold them out. I suppose we ought to be pleased at holding them to a draw, and if we had equalised near the end I suppose we would. But to lead for all that time and then let them equalise was a real choker.”

In another interview City’s goal scorer described his goal in this fashion. “The ball came over from a corner, jigged about in front of goal and came out to me, I just banged it and it went in.”

The attendance for the replay at Fellows Park was Walsall’s first five-figure gate of the season, 10,626 to be precise, and had St Albans made it through to play Tottenham then the likelihood was that the game would be switched to White Hart Lane. This is how the Daily Mail reported the possibility of City playing a Tottenham side that had won the cup three times in the previous seven years.

‘Spurs will know by tonight whether their away draw will be changed to a home tie. If amateurs St Albans win their replay at Walsall they will ask for the tie to be moved to White Hart Lane. Which would be profitable for the amateur club but a blow to the romantics who would prefer to see Spurs perform on St Albans’ picturesque ground, situated between a hockey pitch and a railway line.’

It is 49 years since City played Walsall and 42 years ago next month since he last pulled on a City shirt but Bill still keeps a keen eye on events at Clarence Park. “I still look for the City results and hope they continue to do well this season.” 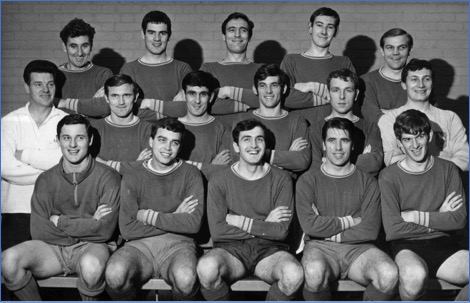 We have 234 guests and no members online