History in the Making

During 1922 St Albans City and Dulwich Hamlet met four times in two cup competitions. This was the year in which the two clubs squared up to each other for the first time. City were not victorious in any of the four games but the quartet of meetings are highly significant in the history of the Club.
The first two games were Amateur Cup 3rd Round ties played in February when the Saints were still two months away from the 14th anniversary of their formation. Dulwich, formed in 1893, were 15 years older than the City and their standing in the game was much greater than that of their Hertfordshire rivals.
At the time of the four meetings with St Albans, south London club Dulwich were members of the Isthmian League, a league that St Albans were to join in 1923 and remain members of until the formation of the Conference South in 2004. Hamlet lifted the Isthmian title in 1920 and were runners up in 1922. Dulwich had won the Amateur Cup in 1920 (beat Tufnell Park 1-0 in the final at Millwall) and were semi-finalists in 1910.
City’s pedigree was rising fast. Having left the Spartan League to join the Athenian League in 1920 City won the title during each of their first two years of membership, the second of which was secured a couple of months after the first two cup ties against Dulwich.
The two Amateur Cup games, played on consecutive Saturday’s, attracted gates the like of which had never previously been seen at either Clarence Park or Champion Hill. The figures are breathtaking.
Later in the year, in November, Dulwich were drawn away to St Albans again, this time in the 4th Round Qualifying of the F.A. Cup. As with the earlier cup tie, the sides drew at Clarence Park before Dulwich made progress with victory in the replay – but not before Wilfred Harry Minter had etched his name into the record books with all of City’s seven goals in the historic game at Champion Hill. But Minter’s barely believable feat was just one of several records set during the course of these classic encounters. 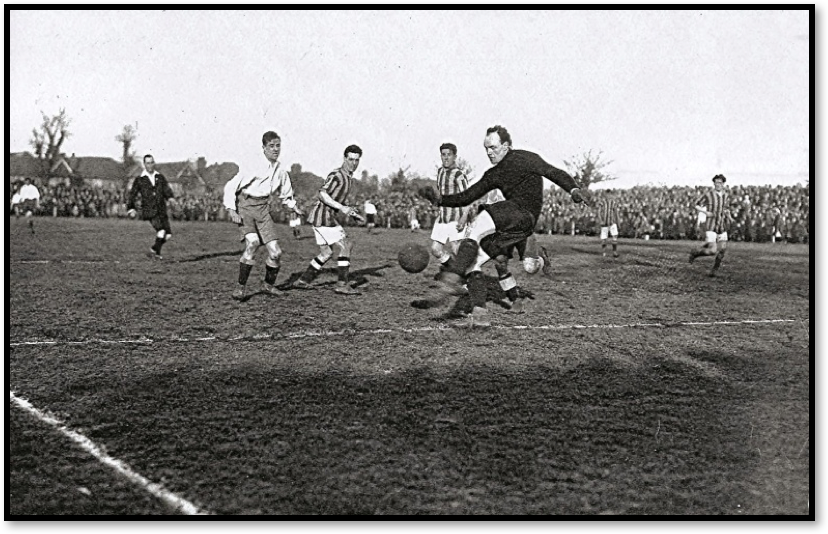 We have 176 guests and no members online